Because he never listened to anyone, least of all the customers.

Just like a child he thought he knew best, but unlike the child who learns to listen…

Philip Clarke was the CEO of Tesco from 2011 to 2014. During that period he frittered away 1 billion pounds of Tesco’s money on a failed recovery plan in the UK. He was widely known for not listening to his business colleagues and in my own experience did not listen to customers either

Well, firstly, followers of this blog, know that I do and have frequently said it on many a blog post, including the very first one and Facebook status over the last couple of years. I have described how, many times he has ignored the comments of customers, ignored the complaints, ignored ideas to improve customer service and ignored opportunities to do something different and not just cut prices. Stick “Tesco complaint” into Google and up come the contact pages and my blog! I think that’s quite funny. But on a more serious note, what that and my statistics on which pages get the most views and comments (and their content) on Tesco posts show, is that people really want to complain about Tesco, are interested in other complaints about Tesco and want to know what else to do when they can’t get redress from all the contacts.

What did I say?

I won’t bore those of you who have read all, or at least some of my Tesco posts by going on one of my rants but in short I have always maintained:

Justin King left Sainsbury’s this month having turned the place around, maybe he was getting out when he knew things were going to change who knows? But what we do know is that Justin King took up the post when the place was in trouble, Phillip Clarke didn’t. Although it was about to hit trouble of course and King’s replacement may be in the same kind of sinking ship as Clarke was. The new Tesco chappie has the opportunity to do what King did.

What did others say about Clarke leaving Tesco?

Dave Lewis, currently the head of Unilever’s personal care division. Lewis will be the first chief executive of Tesco who has not come from within the company. As someone who worked in local authority for many years and saw people being promoted from within to jobs way beyond their capability and by the same token seen many a useless highly paid consultant come in when the authority could have given someone extra duties and back filled the post, I personally think that’s probably a very good move.

According to this article in the Guardian today, Nick Bubb a veteran retail analyst said “Dave Lewis knows nothing about retailing, but maybe that doesn’t matter, because as a leading supplier he certainly knows how to win price wars and perhaps that is the big issue now facing Tesco in the UK.” Sir Richard Broadbent, chairman of Tesco, says Lewis knows the supermarket chain well”. “He knows the brand. He knows consumers. He is the right person to bring that perspective.” Ah now there’s the thing. He “knows consumers”. Does he? Does he listen to them and deliver what they want or is he going to tell everyone what consumers want? Clarke believed he knew consumers and what they wanted but he didn’t listen to any of them.

But hey I’m just a customer, what do I know?

See The Complaining Cow’s history with Tesco for lots of posts about challenging Tesco, meeting and interviewing the CEO and THAT court case! 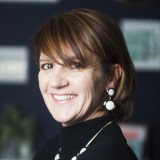