Helen Dewdney, The Complaining Cow, has always had a passion for fighting injustice.

Author of two best-selling books, reports and a wealth of media coverage, Helen helps directors and senior staff to improve complaint handling through understanding customer perspectives and through challenge so as to gain and retain customers. 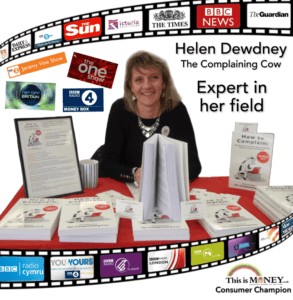